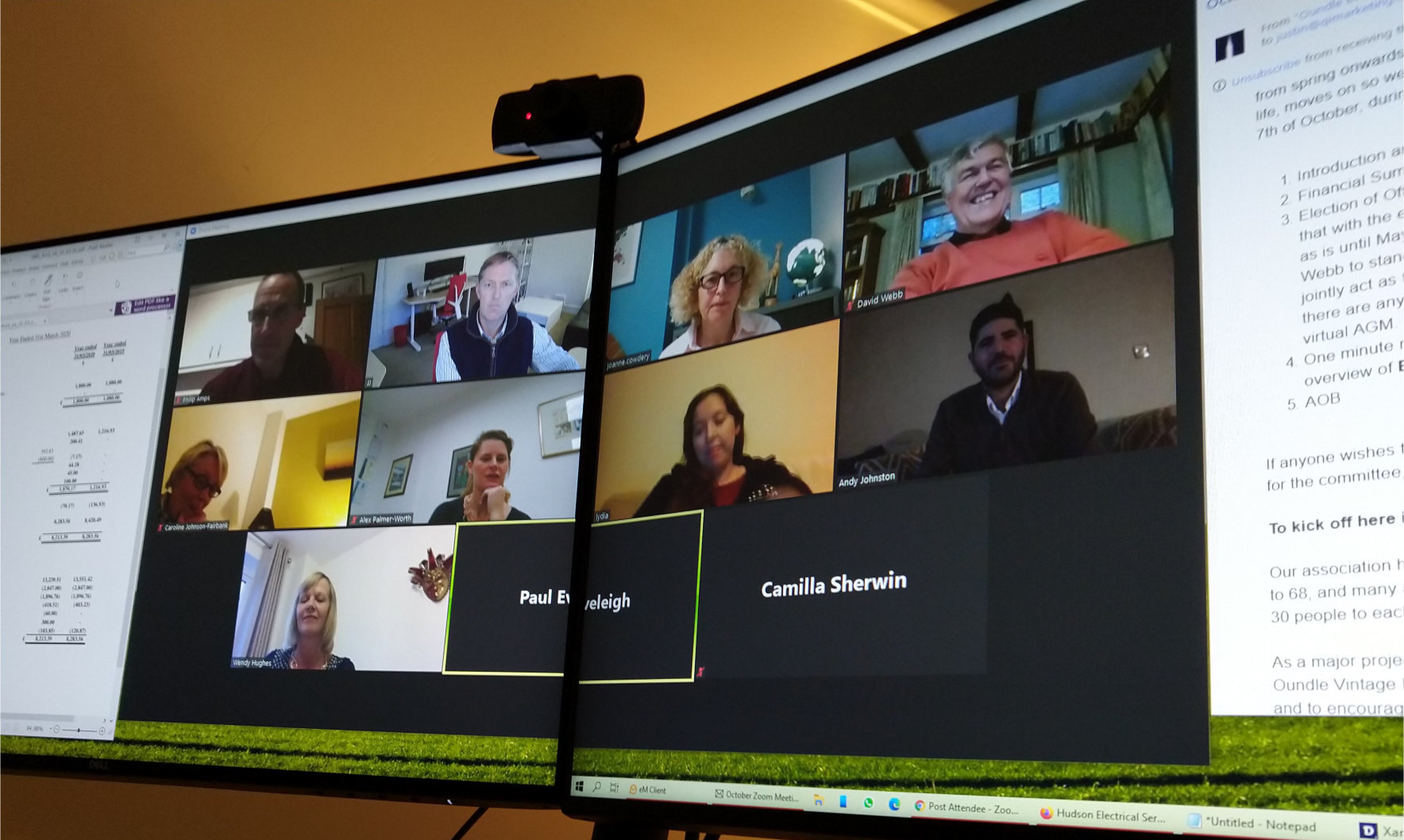 2. Minutes of the previous meetings:

These had been circulated, but as this was a virtual meeting, they were not discussed or signed.

The following report was circulated in advance of the meeting:

Our association had a very buoyant year in 2019, with our membership growing to 68, and many and varied social meetings, usually attracting between 20 and 30 people to each event.

As a major project for the year, we undertook the task of creating a new event, Oundle Vintage Festival. Our objectives were to bring people to our lovely town and to encourage business, but also to raise funds for the town clock on St Peters Church. Despite a somewhat damp start, the event in May 2019 was a major success, attracting over 5000 people during the day, and raising £10K towards the restoration of the clock.

A really big thanks to Philip Amps and the Vintage Festival team for organising this huge effort. We hope that we may be able to hold another similar event in the future, possibly 2022.

We also collaborated with the Town Council to submit a grant application for a High Street Action Zone. We very quickly pulled together a number of potential projects including traffic calming, signage around town, walking tours and Oundle in Bloom, to enhance our towns attractiveness to visitors. Unfortunately, our application was unsuccessful, however we now have a blueprint for a number of projects that we hope to pursue in the future. We have already kicked off Oundle in Bloom with work on tidying the market square earlier in the year. In light of recent events, Oundle in Bloom has been temporarily put on hold, but we will definitely go back to it when able.

For 2020/2021 there are a few changes to the OBA committee. David Webb has stepped down from his role as secretary for the association. He has been in this role for around 25 years so deserves a break! He has not quite escaped to retirement as he and Pippa intend to share the role of treasurer, however on behalf of myself and the members, I would like to sincerely thank David for his hard work, commitment and devotion to the association over the years. Justin Jeffry has agreed to stand for the role of secretary for the association.

As 2021 approaches we look forward to a time when some resemblance of normal life can return. What is certain is that there will be some difficult times as the economy and the country recovers. Our commitment to you, the members, is that we will continue the work of Oundle Business Association, and will do all we can to support you and your businesses.
Paul Eveleigh – OBA Chair

The Tresurer David Webb took questions on the report that was circulated in advance of the meeting.

Due to the Covid situation it was proposed that with the exception of the following changes the committee would stay as is until May 2021 when the next AGM is due. Changes are David Webb to stand down from his role as secretary Pippa Peile and David will jointly act as treasurer. Justin Jeffrey will take on the role as Secretary. This proposal was seconded and unanimously agreed. 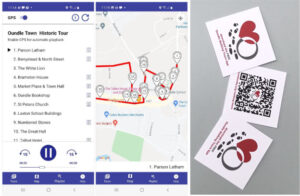 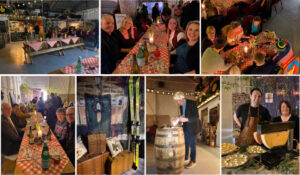 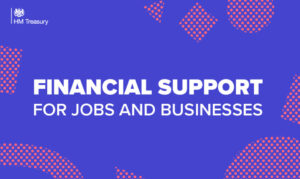 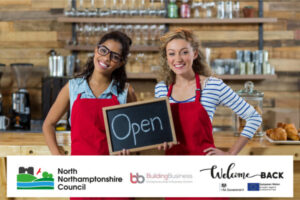 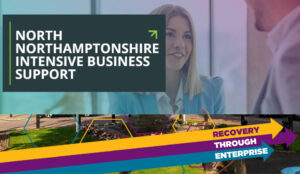